Home / About Us / News / Pro Tips: Dealing With a Temper Tantrum 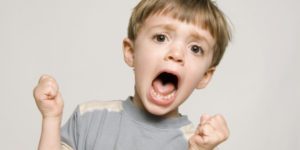 Screaming, kicking, falling to the floor, and in the case of older children, perhaps even cursing – the dreaded tantrum! Many parents overthink how to manage tantrums, or worse, give in to child’s rage because they just want the behavior to STOP!

But remember, a tantrum is just a form of communication and what you are seeing is a very clear message – “I do not like what is going on right now!” You often see tantrums more in children with poor or emerging verbal skills because it is much easier to throw a tantrum than it is to state, “I am not happy.” It’s important to remember that tantrums are 100% normal, especially in toddlers (and yes, teenagers, but that is a topic for a different day).

What can you do when a tantrum threatens or does happens? Here are a few tips.

*** You should definitely seek advice if –